Are Cashless Transactions the Key to Funding for Charities?

Every year, the earth faces nature’s fury in one or more ways. It leaves behind a disastrous trail for which a huge amount of support is required to bounce back. Volunteers from all over the country rush to their aid and many donate necessary relief material or money. Now, the digital economy has made funding easier than ever before for charities. Be it making a donation towards disaster relief, towards NGOs that work for a cause or even towards the medical treatment of some individuals, many donors are turning to digital channels. So, are cashless transactions the key to funding for charities? Here are a few reasons why this is quickly becoming true.

In the event of disasters, people first mark themselves safe on Facebook and post information about where and how to contribute to relief funds. Social media has been playing a very important role in disaster relief measures – be it communicating the requirement in relief camps, advocating for a cause or even gathering funds. Upon sharing the bank account details of the charity organisation that collects funds or the government’s disaster relief fund bank account details, people can make their contribution in a few steps. Since these contributions are tax-free, one can donate by means of credit/debit cards, net banking or digital wallets. Many charities also post their requirements on social media. Linking their wallets or cards with social media portals make this process simple. After all, even if one doesn’t carry cash, he/she always has a phone. People even donate funds via WhatsApp. Both WhatsApp pay and Google Pay have the ability to transform digital transactions in India.

Phones have been playing a huge role in making online payments these days. Since the advent of mobile wallets, the number of cash transactions is slowly decreasing. Owing to several reasons like getting robbed or not having a change in lower denominations people these days refrain from carrying cash when they go out. Paying for dinner, clothes or even fuel gets done in a touch. Paying bills also has been made easy with specific portals on the apps for every purpose. There is also a portal to make donations to disaster relief funds. These portals are directly linked to the accounts held by the charity organisations or the government. All that is left to do is to enter the amount that you are willing to contribute and transfer it. This is a common feature that is available in all Mobile Wallets. After the government introduced the BHIM app, payment using the Bharat QR also can be made.

Among the many methods that are used to collect funds, crowdfunding is most practised when there are no big financiers in play. It is practised in order to collect funds to host events, put up plays or even make short films. But crowdfunding is used to its optimum when donations are made to charity, towards disaster relief or towards a noble cause. Apart from social media and Mobile Wallets, donations are also done on crowdfunding websites. On these websites, you can start a fundraiser for any issue or cause. You can also start a fundraiser to help the less fortunate with their medical treatments. These posts are usually verified by the websites thus bringing down the risk of it being a fraud. The ones who start the fund also share stories about the individuals that need help or give statistics about the cause or the damage after a natural calamity. In these websites, there will also be a meter alongside every post to indicate the amount that has been donated by far and the amount required. These websites can be created toward a specific cause or general websites that let you choose from all the posts available. Some websites also let you lend money as per requirement. Donors can choose based on the cause, location or nature of the campaign. Some of the popular sites that help raise funds are Milaap, BitGiving, Impact Guru, Ketto and more.

Apart from the means mentioned, charities also receive funds when they set up booths in public events. People who don’t carry enough cash make donations as cashless transactions. One very common method by which donations are made is during billing at malls and other stores. At the billing counter, in earlier days, small boxes were kept for people to make donations if they were interested. These days, the billing personnel ask if we would like to add an extra amount to the bill that would be transferred to the charity they have tied up with.

Funding for charity has been revolutionised by the digital media to a great extent. The ease of making a donation online is encouraging many more people to make a donation to charities. This is thus increasing the tendency to help one another aiding the affected to get back to normalcy. 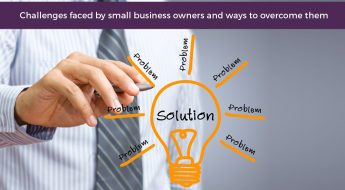 Challenges faced by small business owners & ways to overcome them