Digital Payments in India: A year in review (2018)

In 2018, the Unified Payments Interface introduced UPI 2.0. The new system came with many new features such as an overdraft account and a one-time mandate making the payment process much more efficient. It is estimated that between 2017 and 2018, the transaction volume grew from 17.9 million to 195 million. This growth has been facilitated by the adoption of payment apps such as Paytm, PhonePe and Google Pay. Paytm, one of India’s largest digital payments medium has claimed that 5 million of its 9.5 million transactions have used UPI as a means of payment in 2018. Furthermore, the NPCI has taken numerous steps to combat fraudulent transactions on the UPI payment system.

Bharat QR is a QR code that makes it easier for customers to transfer or receive money from a UPI payment address to a non-UPI based account. It has provided a method for hassle-free payments and transfers. However, since its inception in 2016, QR codes have not performed as well as other digital platforms such as NPCI. In order to push for increased use of QR codes, the National Payments Corporation in India (NPCI) has mandated that all UPI applications should be able to scan QR codes as of April 2018. Bharat QR with UPI payments has helped increase the popularity of QR code payments in 2018.

Earlier this year, the cryptocurrency market took a large hit as the valuation of the currency dipped from $372 billion to $309 billion in just one day. There were a number of reasons for this. Nobuaki Kobayashi, of the controversial exchange Mt. Gox, sold a large number of cryptocurrencies in 2018- this led to a decrease in the value of the currency. Another possibility for the devaluation was the large-scale hack of the cryptocurrency exchange Coincheck, where an estimated $504 million in NEM coins was stolen. These incidents have strengthened regulations on cryptocurrencies worldwide. Earlier this year, India announced that cryptocurrency would no longer be considered a legal form of payment.

With the introduction of Reliance Jio, data plans have become cheaper and more people are using apps for shopping and entertainment. This has also given rise to the use of digital wallets as means of payment. The growth of the fintech industries and the introduction of digital wallets has changed the way people pay and lend (with microloans). In addition to this, in 2018, the Reserve Bank of India has allowed the interoperability of mobile e-wallets. This has helped increase the volume of transactions in 2018 by almost 1500 per cent.

The digitization of payments has also increased the importance of mPos systems like those offered by Bijlipay. These payment systems are easy to use and have low maintenance costs. 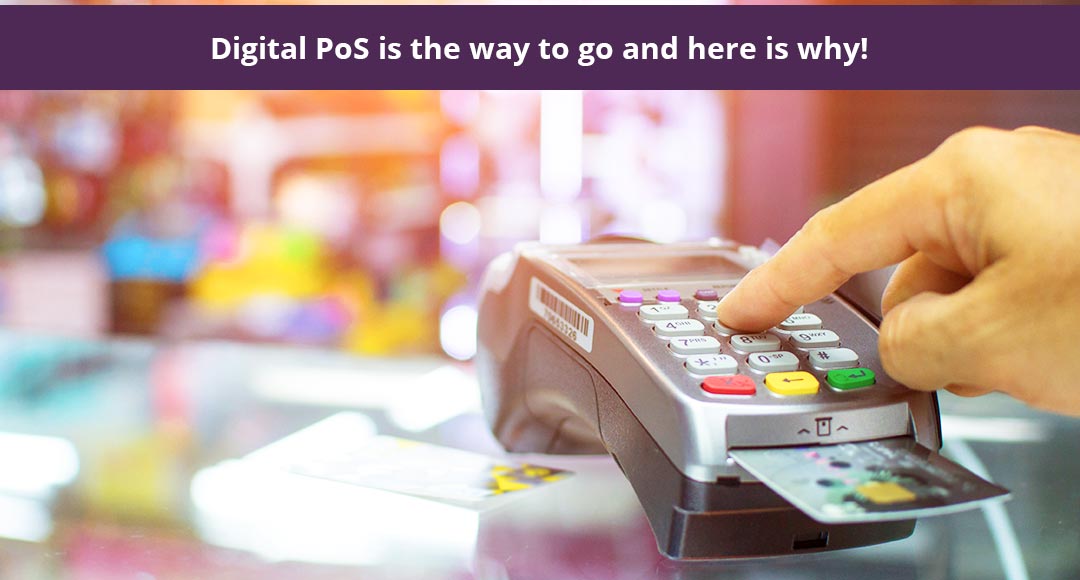 Digital PoS is the way to go and here’s why!